As part of the Tate’s rebranding in 1998 I was responsible designing a website that allowed each of the Tate’s four art galleries to have have their own distinct identity within the overall site. The challenge was to deliver this wealth of content and information to the general public in an efficient and user-friendly manner. Sections for Tate Modern, Tate Britain, Tate Liverpool and Tate St Ives were colour coded to improve user-orientation throughout the site. The gallery’s collections could be browsed alphabetically or accessed via a searchable database. In 2002 I created detailed UI designs for Tate Modern’s handheld gallery guide which made use of the pioneering wireless and touchscreen technologies to deliver information about exhibits to gallery visitors using handheld PCs. 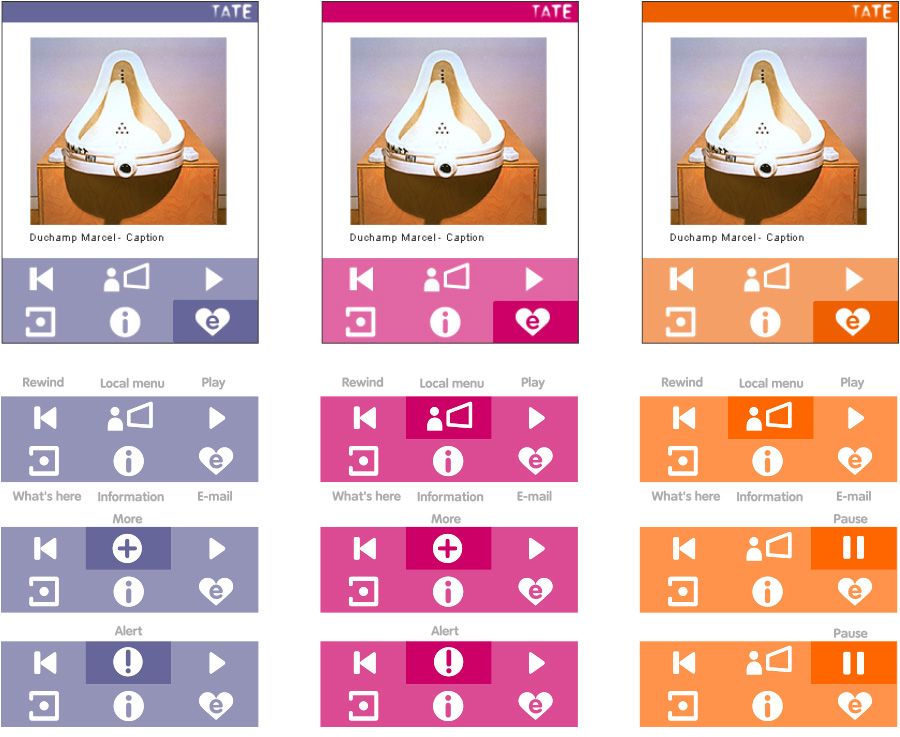 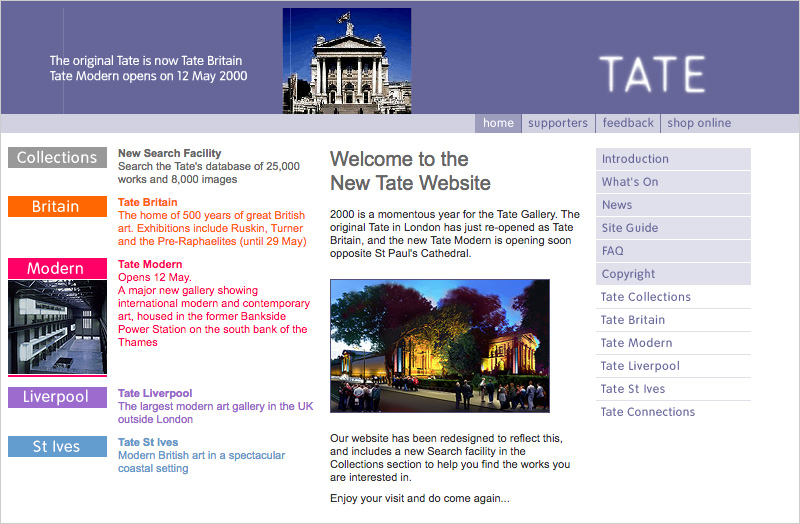 Landing pages for each of the four Tate galleries 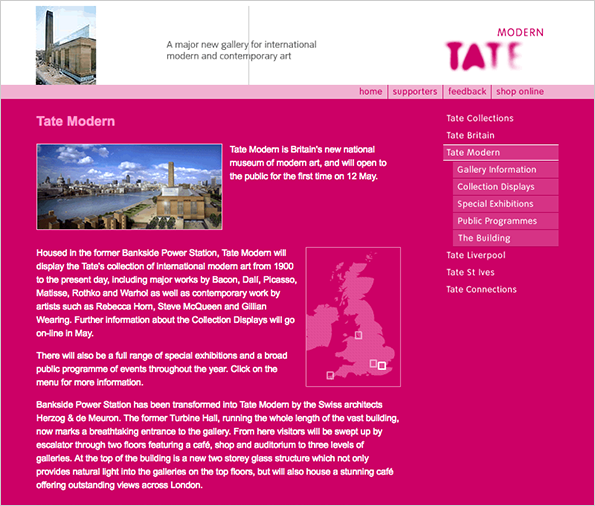 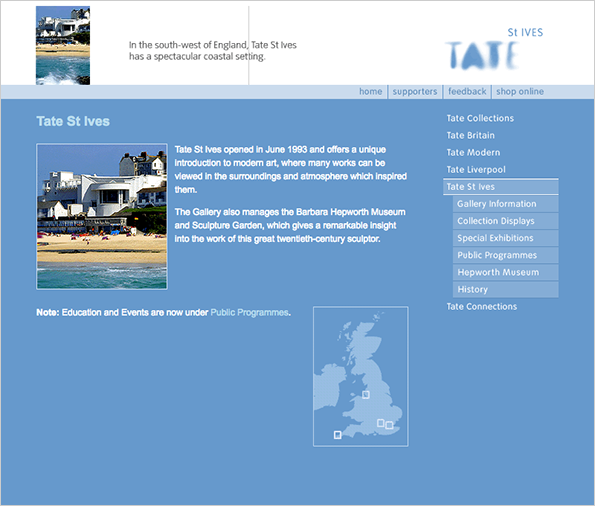 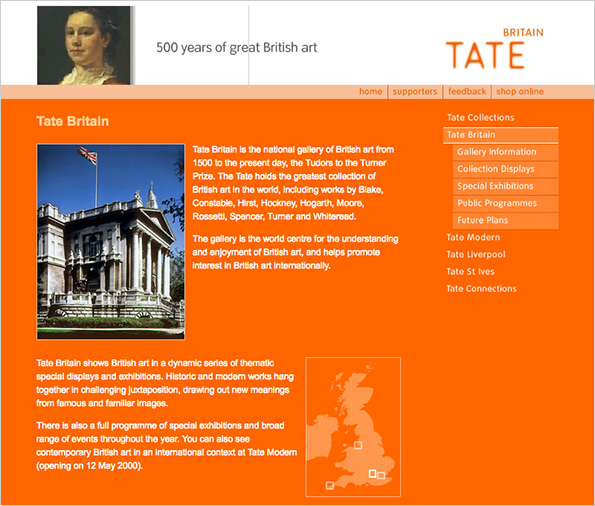 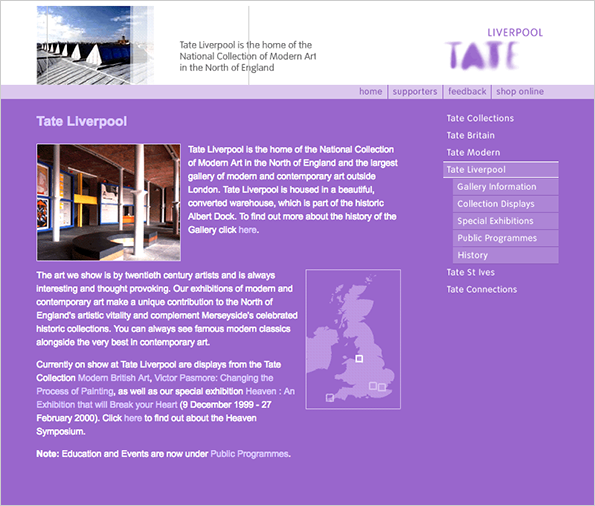